How are the survey respondents being selected?

Step 1: Select the target provinces and set their sample sizes

During the 1996-1997 Rice-Based Farm Household Survey (RBFHS) round, the top 30 rice-producing provinces were selected as target provinces. These are based on their ranking of their averages of rice harvest area from 1992 to 1996.

The target provinces were then divided into four groups (strata):

Each group must form the 25% of total harvest area of all target provinces. In agreement, equal sample size across provinces in each group were set at 155, 120, 90, 60, respectively.

All provinces highlighted in green were only added during the 2016-2017 RBFH survey round.

1 Antique, Capiz, Lanao del Sur, Nueva Vizcaya, Palawan and Western Samar are included as they will be potential source of increase in rice production.

2 Kalinga and Apayao are included to represent the Cordillera Administrative Region.

3 Compostella Valley was still part of Davao del Norte until it was made independent in 1998.

4 Davao Oriental was included because of its potential importance to hybrid rice commercialization.

5 Negros Occidental is included in preparation in the creation of the unified Negros region. 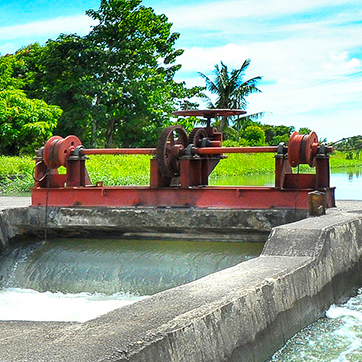 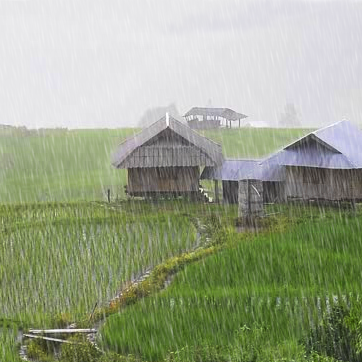 
An irrigated barangay must have more than 50% of their rice area irrigated, while the opposite was classified as rainfed.

Using simple random sampling, the target irrigated and rainfed barangays were drawn from list of barangays in the province. Equal number of barangays across provinces in each group were set at 17. 13, 10, and 7, respectively.

For 1996-1997 survey round, a household is chosen using the right coverage approach.

An enumerator counts three houses to the right of a pre-selected landmark in the barangay (ex: barangay hall, school or church).

Then, the members of the household living in the third house were asked if they were farming rice.

If they say yes, the enumerator will begin interviewing the respondent. If not, the enumerator would continue to visit every third house to the right until he/she finds a rice-farming household.

In the succeeding RBFHS rounds, same respondents from the previous round were interviewed again.